Located in the San Blas-Canillejas district, it has been built on the former “La Peineta” Stadium, maintaining its main stand, with three quarters of the stadium of new construction.

The architectural studio of Cruz y Ortiz has undertaken this project, standing out for the state-of-the-art facilities, its comfort and security and a seating for 68,000 spectators. 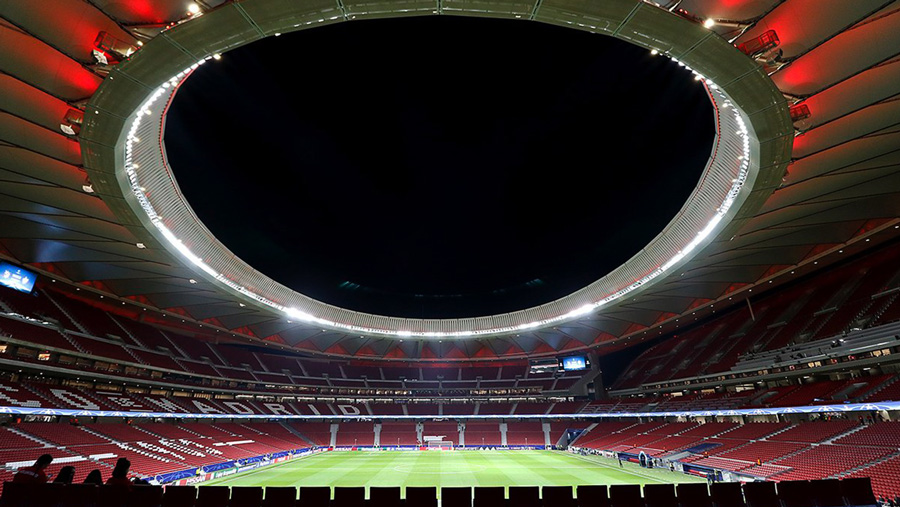 From the architectural point of view, the design of the deck is outstanding, for which the German SPB studio has made its contribution. With the shape of a wave, it gives the stadium a sense of lightness and a suitable integration to the environment, taking up 46,500 square metres of surface.

To avoid the use of pillars or supports that may have an affection on spectators´ visibility, the deck structure is composed of two rings, one of which is double and located at the top of the stand, making the compression work and another one, with an oval shape, that makes a traction work. A wire structure between the two rings makes them meet, conveniently supports them, and tightens a flexible diaphragm, which gives shape to the canopy. 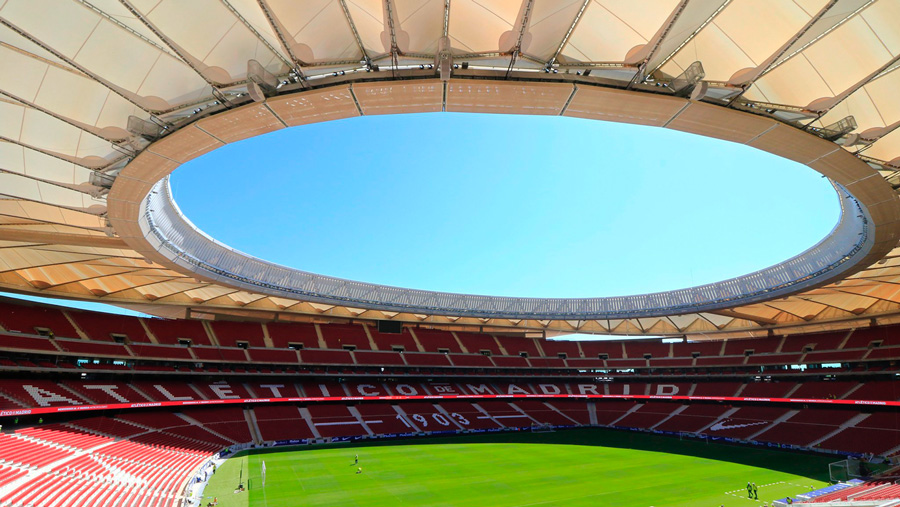 The diaphragm, made of fiberglass and Teflon is expected to help it work as a resonance box, which will make the atmosphere in the stadium act as a pressure cooker. 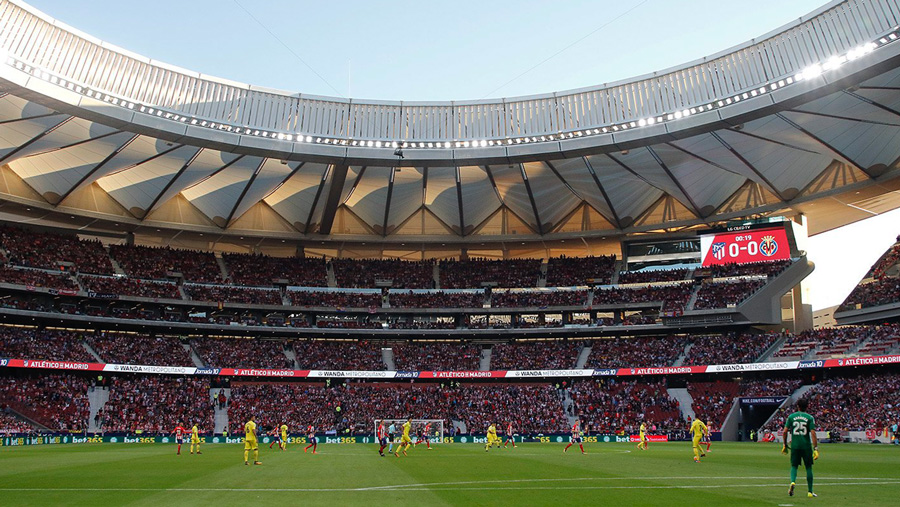 Being a high-capacity stadium, which can seat up to 68,000 spectators, all safety issues have been carefully tackled, including the emergency and beacon lighting (the latter will be dealt with in the blog further on).

Due to its dimensions, height of the stands and the lack of supporting pillars, emergency lighting has posed a major challenge, which has been overcome thanks to the use of the new Daisalux Atria series. 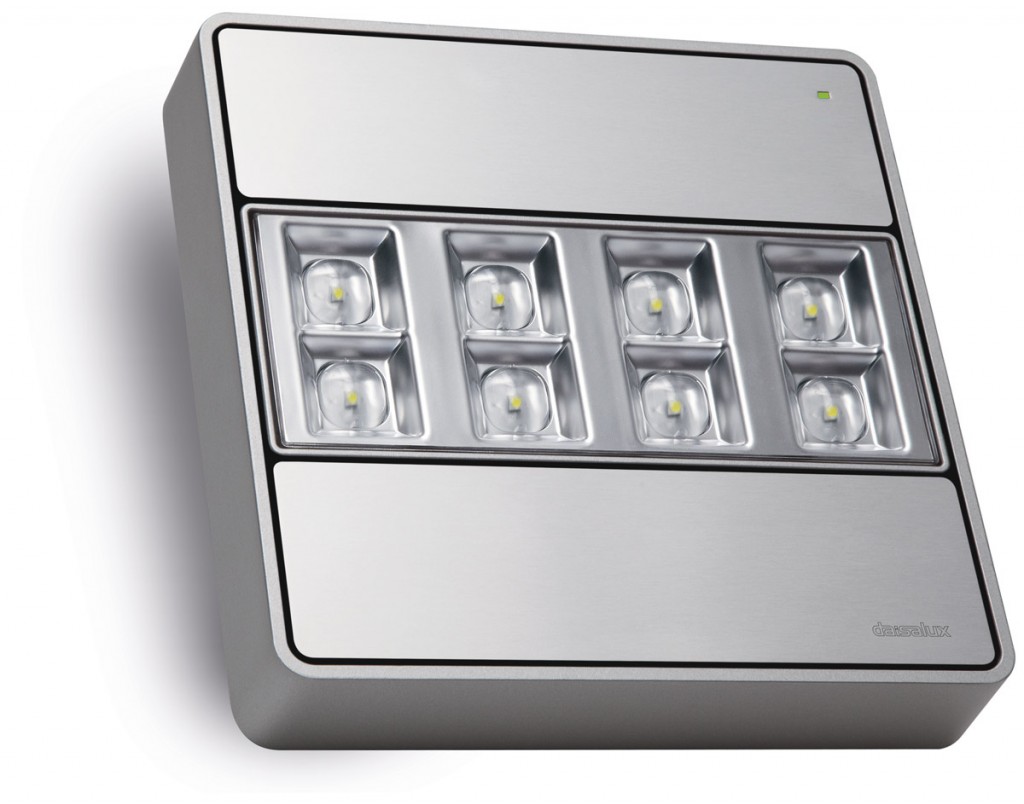 Aimed at lighting up big spaces and heights, the design engineering team at Daisalux has achieved to defy the shape/volume ratio in what is commonplace in high-power emergency luminaires. As a result of this, we obtain a square-shaped luminaire, with an edge side of barely 24 cm and 5,6 of thickness. Its compact shape minimises its visual impact, allowing a better integration in all kinds of environments. With a die-cast aluminium body, it is available in three different colours: white, silver grey or dark metallic grey.

In total, 66 luminaires have been installed in the stands, 26 of which light up the top of the stands from the compression ring. 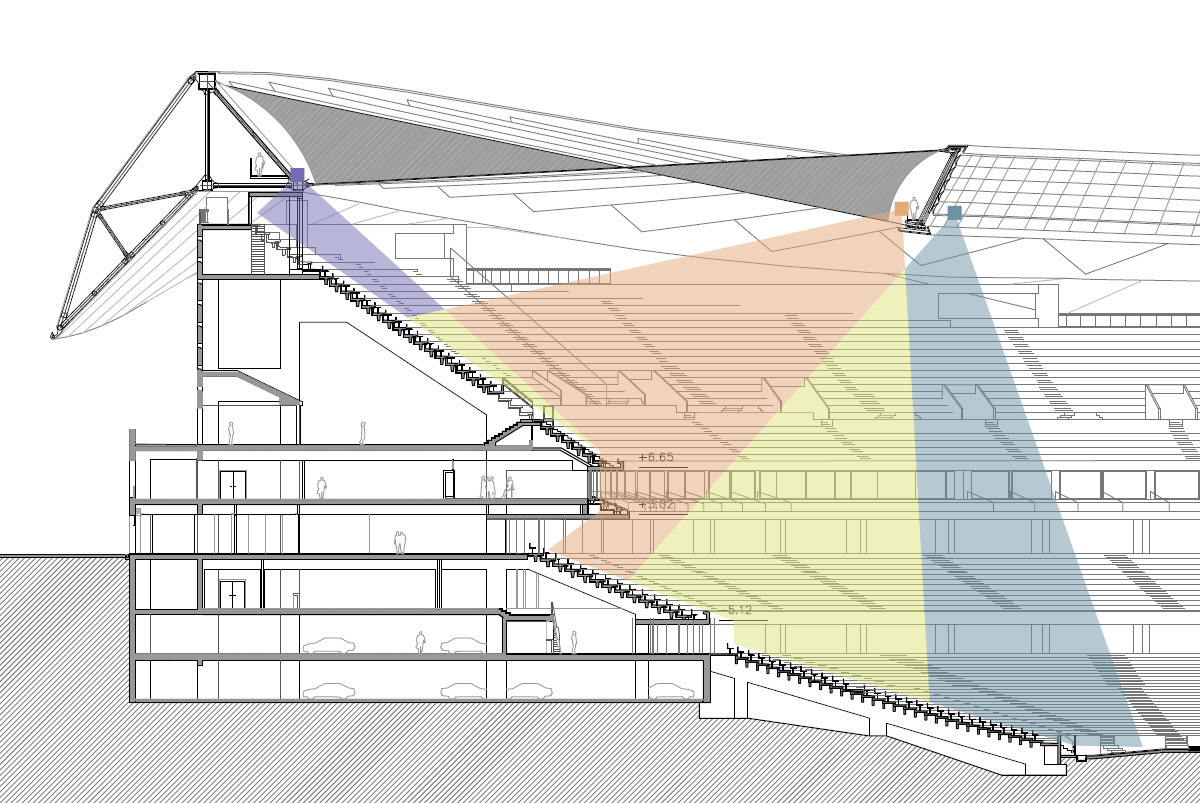 For the middle section of the stands, 16 luminaires have been installed in the inner area of the traction ring and for the lower section, 24 luminaires, located in the outer part of the ring at over 36 metres over the pitch. 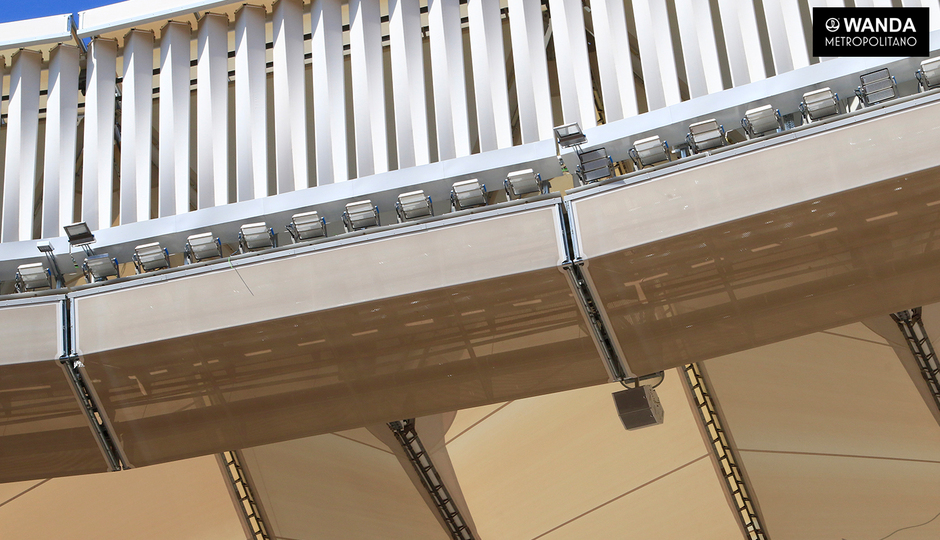 Giving out 2500 lm of luminous flux, the luminaires feature 8 LED of very high performance with a lifespan of approximately 70,000 hours L90/B10. The best LED model has been selected among the best of its kind in order to make this long service life possible. In addition to this, a heat dissipation system which makes up the body of the luminaire, based on aluminium injection, has also been designed.

In order to design an effective heat dissipation generated by the LED light source, a CFD (Computational Fluid Dynamics) software tool has been used. In a forthcoming article in the blog, we will deal with this subject more deeply.

Air speed simulation in the heat sink during the heat convection process.

From the photometric point of view, different optics have been designed through different lenses and reflectors, created to guarantee the right lighting level and uniformity, enhancing the effectiveness of the system, its performance, consequently dramatically reducing the number of luminaires used if we compare it with other options available.

For open areas, there are two kinds of optics depending on whether they are wall or ceiling mounted. 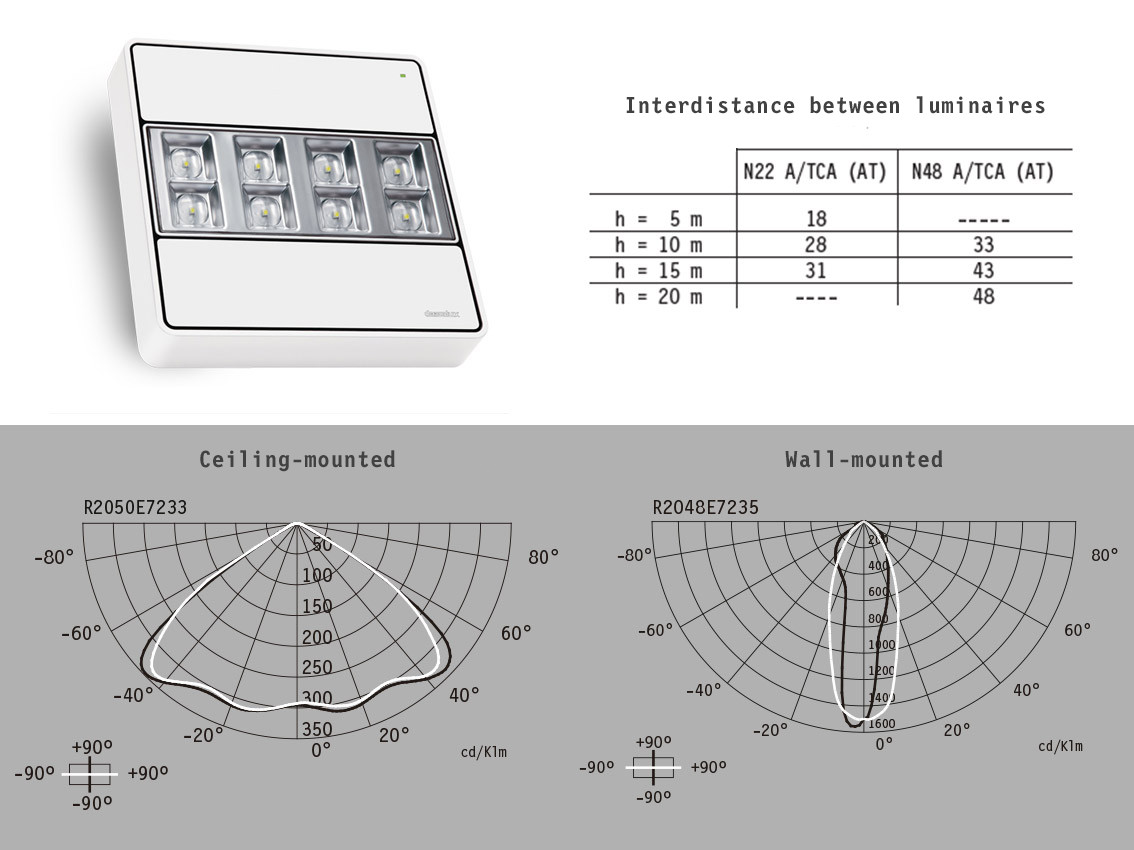 For escape route or narrow areas emergency lighting, optics have been created in order to allow a bigger separation between luminaires, in a way that it had never been achieved before. 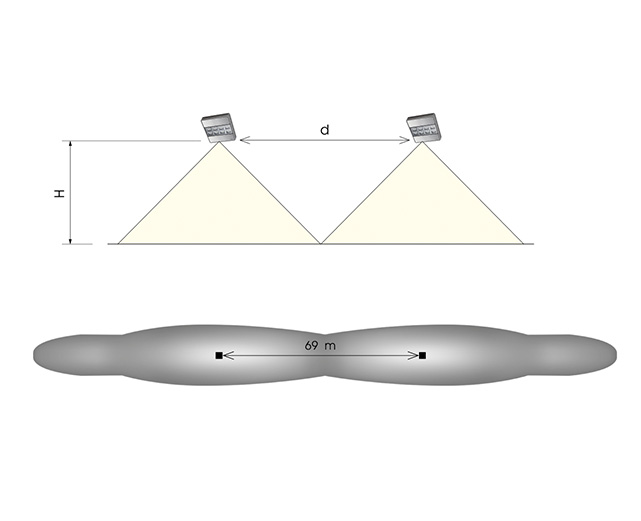 A deliberate choice of Lithium batteries (LiFePO4), giving it a longer lifespan, has meant using some new electronics of smaller size, becoming more efficient, light and environmentally friendly. In all the models the Autotest system has been added, which carries out a periodical functional and duration test, using a LED indicator for this purpose.

The high performance and efficiency of the Atria series in large spaces provides a brand-new solution of both high aesthetic and technical value. With the continuous improvement of this emergency luminaire, architects and engineers who wish to look after every detail in their projects are expected to obtain substantial benefits.